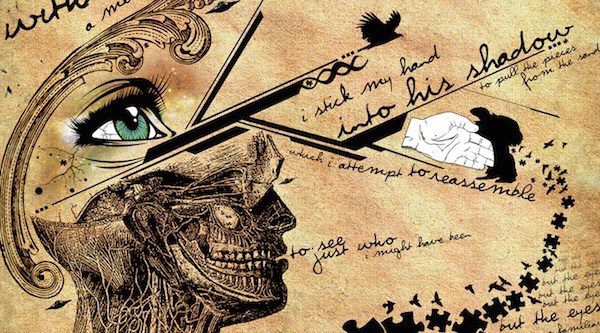 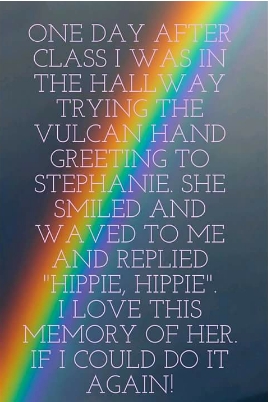 . ”Adversity is a fact of life. It can’t be controlled. What we can control is how we react to it. ” . The key is to living moment to moment when times are tough. Taking small steps and moving forward with clear goals until moments become minutes… minutes become hours… hours become […]

Growing up I always thought we were rich. I didn’t know what rich was, exactly, but I never wanted anything I didn’t have. I didn’t want much, that’s for sure. Paper, crayons and books. Food and my room were just givens. You don’t think about things you’ve never been without. I don’t think anyone in […]

via Growing up… — Rethinking Life

My wish is to meet Stephanie again. What’s your

For me retrospective is listening to 80s music, looking at content of an community page about 80s stuff. I reflect on my past; regrets, pleasant memories, painful memories and more.

Some of the 80s sitcoms I loved to watch were Family Ties, The Facts of Life, Alf, Charles in Charge, Who’s the Boss.

Here is a link to a video about Stephanie Bakke.

We descended a long, rutted track, overgrown with ti-tree, into a valley at the base of a towering escarpment. Nestled amongst the underbrush on the banks of a burbling creek, the little handcrafted stone cottage stood askew – abandoned – bereft. Vines scrambled over tumbling stone walls, rendering the attached water wheel motionless. The air […]

via What Remains — Big Dreams for a Tiny Garden

I first heard of this legend at a birthday party in Utah of 84.

For those who don’t know about the legends of Veronica. Veronica is an urban legend that originated in the Wasatch Valley metro area south of Salt Lake City and possibly started as early as the late 1970s. According to legend Veronica was a 20 something college student. She was a poet, actress and rock singer. She vanished with out a trace. Different versions of how she vanished have developed over the years. Some are she was kidnapped, murdered, vanished on her own, accidental death or suicide in the middle of nowhere, abducted by aliens etc. She was in various stage plays. One was The Effects of Gamma Rays on Man in the Moon Marigolds by Paul Zindel. She was lead singer in a rock band called Dark Skies. At parties people love to retell these legends and add their own spin to them. And since she was a poet they love to make up poetry for and about her, although most of this poetry is insipid.
Most people agree that this legend probably started as a story someone made up at a party just for a good laugh. A few people liked it, retold it and it caught on.

This legend is believed to have originated somewhere in the greater Salt Lake City area.
I would love to see other people create their own Veronica fan pages. She doesn’t get the popularity she deserves. Create your own fan page. I don’t want to be the only one doing this.
#urbanlegend #vanished #hoax #urbanmyth #veronicawho?